Talking to plants and spooky ghosts!

Art by @pingapenguins, I commissioned it as a gift to my friends that helped with the game.

Happysquared here. I’m the game designer and artist of Hazel the Plant Witch. Just here to give a little update about the future of Hazel and our team.

First, thank you for playing Hazel the Plant Witch! We are so incredibly excited that others have found joy in this quirky game mechanic we love. Right before submission, we thought the mechanic might have been too out there for people to enjoy. For such a chill game, its development in a 48-hour game jam was plagued with anxiety — writing hundreds of lines of dialogue, rewriting the entire script on the second day, and racing to fix game-breaking bugs . Our two writers basically had to learn how to code in order to make the deadline. And then they coded in… Google docs. Yeah, I don’t even know. Never again. 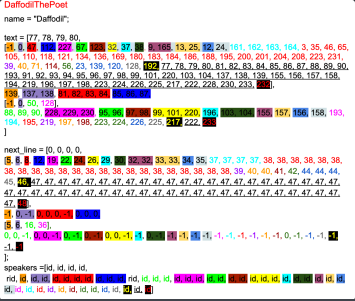 We are not done with Hazel. We’ve discussed remaking it into a full-length game for Steam, with a new story, new art, and smoother gameplay. When making Hazel, we discarded pages of backstory, worldbuilding, and narrative in order to meet the game jam’s deadline. We’d love to bring that unused content back as well as some new ideas; we want more story. In addition, the new Hazel will be hand-drawn rather than pixel art. We’ve also brainstormed some quality of life changes to not make the game feel too much like brute forcing a solution or a strain on memory. Adding memory cards as upgrades for Hazel’s recorder, structuring the game to be in chapters… I could go on and on about all the things we’d love to have. And open up the discussion to see what people would like to see more of. Which plants would they like to know more about? What other floating islands would they like to travel to? Things like that. I personally really want to explore the world of Hazel the Plant Witch. Maybe see what Witch-fort and Moon City are like…

However, all of this is going to take place after our current project - After School Afterlife. We actually created the prototype for After School Afterlife in the game jam just before Hazel. It’s a metroidvania-inspired game where you play as Serene, a 12 year old girl that finds herself lost inside a haunted Peranakan mansion. You’ll encounter demons, spirits, and really delicious food. But be warned: the mansion Serene has lost herself in switches between the world of the living and the dead, to the beat of the music — so you’ll have to jump to the beat of the music to escape. Dance with demons, avoid hungry Jiangshi, work in a demon’s tea house, and maybe even help a lonesome spirit find their true love via a dating app. 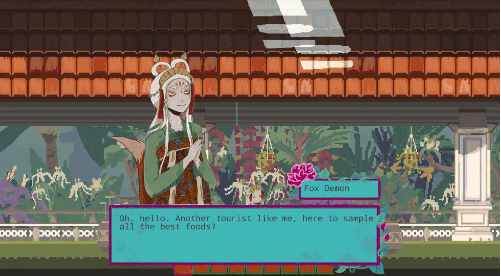 We wanted to make a game set in an eerie house filled with interconnected rooms and secrets. A metroidvania less focused on combat and more focused on exploration and characters, drawing inspiration from my childhood with elements from Peranakan culture and xianxia novels. (Two members of our dev team, my sister and I, are from Singapore.)

If that interests you, you should follow our progress in our newsletter.

Not that I’m biased or anything, but it is a good time to sign up for our newsletter. Our next update is going out next week and features Hokori playing through some of ASA, not having seen the game at all since its jam version last August(!) — he has some pretty funny reactions. We’ll be posting updates to Hazel the Plant Witch there too (though don’t expect any till late 2021). And hey, by signing up you also stand a chance to win a free copy of ASA when it’s out.

Get Hazel the Plant Witch

Hazel is a brilliant techno witch who has made a gadget that will help her communicate with plants!